Eden Project: Telling the Story of Plants and People 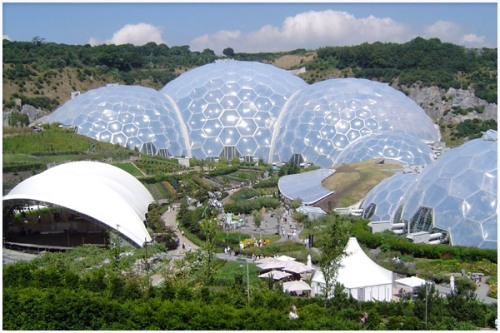 The final installment in the Guardian series Britian’s Best Buildings takes the viewer to the Eden Project in Cornwall, which features the largest greenhouse in the world. But the original planners of the project did not intend for the project to simply feature extraordinary architecture and design; rather, they wanted to provide a space in which people could form relationships with nature, as well as with one another. The project is truly astounding, particularly when one considers that it all began as a grassroots effort. The presenter describes the Eden Project as having rejuvenated the local community, but one suspects its impact extends far beyond county of Cornwall, inspiring similar projects small and large across the world.

The short film can be found on the Guardian’s Art and Design page, here.

This entry was posted in Uncategorized and tagged advocacy, community, ethics, greenhouse, plants. Bookmark the permalink.