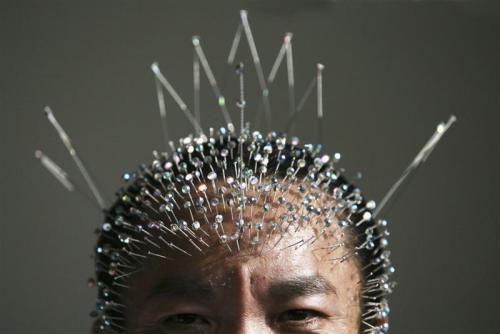 Can the localized healing concepts of acupuncture be applied to urban revitalization? Photo credit: odt.co.nz

Cities throughout the world, irrespective of their age, location, and economic vitality, are faced with a number of essential problems which are arguably endemic to the very concept of urbanization. From the provision of clean water and sanitation, to the availability of cost-effective and efficient transportation, many of these problems correlate rather predictably with population density. Some problems, however, prove far more abstract in both their causes and effects, as is the case with urban decay. Perhaps even more elusive is a reliable solution to such problems that is economically, ethically, and environmentally sound. A handful of progressive urban renewalists, however, have developed an adaptable framework which they believe may finally provide the answer.

While it is not immediately clear who first coined the term urban acupuncture, there does seem to be a broad consensus on its basic tenets. First, proponents argue that urban revitalization must begin at the hyperlocal level. Borrowing from the concepts of acupuncture, they advocate a targeted (small-scale) approach to “healing” the (large-scale) malady of urban decay. They argue that large-scale revitalization projects are not only less effective, but they are increasingly less feasible, as municipal budgets tighten. Moreover, such projects fail to meaningfully involve their surrounding communities in their planning and development, effectively discouraging long-term local stewardship. Above all, however, proponents suggest that cities must be treated as living organisms, requiring solutions as dynamic as life itself.

Gordon Matta-Clark (June 22, 1943 – August 27, 1978)
Highly influential in the contemporary discourse of urban acupuncture, Matta-Clark was an American artist with an architecture background who transformed abandoned buildings into site-specific art installations. He is credited with developing a system for identifying pockets of disrepair in the built environment—the first step in the framework of urban acupuncture.

Jaime Lerner (born December 17, 1937)
Rather uniquely among architects and urban planners, Lerner was also an accomplished politician. As mayor of Curitiba, the largest and wealthiest city in southern Brazil, Lerner instituted a number of social reforms resulting in improved public health and a more vibrant economy. His efforts were heavily inspired by the concepts of urban acupuncture, as he described in 2007:

I believe that some medicinal “magic” can and should be applied to cities, as many are sick and some nearly terminal. As with the medicine needed in the interaction between doctor and patient, in urban planning it is also necessary to make the city react; to poke an area in such a way that it is able to help heal, improve, and create positive chain reactions. It is indispensable in revitalizing interventions to make the organism work in a different way.

Marco Casagrande (born May 7, 1971)
A prominent Finnish architect, environmental artist, and social theorist, Casagrande is perhaps the first to systematize the concepts of urban acupuncture. Indeed, the core principles of UA are integral to his theory and practice, and his resultant work can be seen in the built environments of Taipei and Montreal. In an interview with Laurits Elkjær in 2010, Casagrande described urban acupuncture as:

[a] cross-over architectural manipulation of the collective sensuous intellect of a city. City is viewed as multi-dimensional sensitive energy-organism, a living environment. Urban acupuncture aims into a touch with this nature.

While his definition may be abstract, the results of his work are very real, garnering considerable attention from the architecture community.

Nicholas de Monchaux (born March 14, 1973)
Associate Professor of Architecture and Urban Design at UC Berkeley, de Monchaux is a prominent advocate for urban acupuncture in the United States. His “Local Code” project is not only technologically remarkable, but it provides an evocative glimpse into the potential of the UA framework. The following video proposes a UA revitalization effort for San Francisco:

While it’s easy to receive concepts like urban acupuncture with skepticism, one can scarcely reject the logic of its goals and methodology. The sheer breadth of support for the principles of UA are also reassuring, indicating a coordinated effort to seek new solutions to the problem of urban decay. Although urban revitalization is inherently a gradual process, we will perhaps see an increasing number of UA projects coming to fruition in the next few years. Hopefully, these efforts will prove not only aesthetically pleasing, but serve to categorically improve the health of urban communities.

9 responses to “Urban Acupuncture: Revivifying Our Cities Through Targeted Renewal”